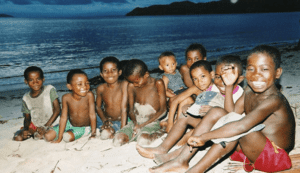 When I told all my friends that I would be going to Fiji for six weeks they said I was the luckiest guy in the world… they were right. I had no idea what to expect. I mean I’ve heard that once you go to Fiji you will never want to return. Before I left for my excursion I did a little reading into how the Fijians live, what they eat, and what customs they have. 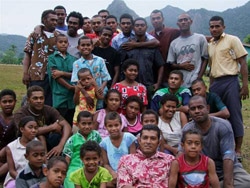 I have never really traveled alone, especially for six weeks. All I knew is that I was going to be in one of the most beautiful places in the world, living with complete strangers, and living a different life. After an hour and half drive I finally made it to my destination. A little place called Votua Village, which lies right in the middle of the coral coast. The driver pulls up to this little house and I said to myself, “Wow this place is small.” It was nothing what I had expected. I walked inside and this wonderful family greeted me with firm handshakes and open arms. I set all my bags in my own room and right when I was finished the family offered me food. 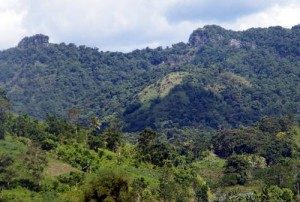 The food was set out on the floor on a cloth that was hand made. As a matter of fact the entire floor was made from tree stems and it was all hand made. After swallowing down a bit of food the family told me I was needed at the dive shop. Not knowing where that was, a little boy I lived with named Wiley who was about seven walked me to the dive shop. The dive shop is part of the village and is actually run by people who live in the village and a percent of what the dive shop makes goes to the village. At the dive shop I was introduced to Blue, Albert, Pita, Junior, Wiley, Smelly, and JQ who were all workers. They all spoke very good English but of course they had the native Fijian dialect. The first thing they said was, “Would you like a cup of tea?” So we all sat down and I enjoyed the absolute best tea ever and the reason for that was Fiji is a main exporter of brown sugar. 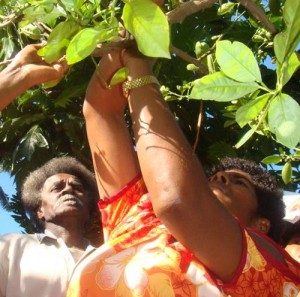 While we were drinking tea, Pita who is the dive master and he pretty much runs the shop, explained to me what I would be doing. He said I would be doing MPA (Marine Protected Area) surveys, working on a new type of surveying in the ocean, and just any work around the shop. I was looking forward to this. Because the village is right on the ocean, they catch most of their food themselves. Now to do this they have to walk on top of the corals, which end up dying, in order to spear the fish so they can feed their family. When the villagers walk on top of the corals they crush them and they just die. They also use a special root that stuns the fish but little do they know it also kills the coral. The MPA was designed to show the villagers that if you leave it alone the corals will live and more fish will start coming around. The MPA was about half mile walk from the village and was marked off with buoys. Nobody is allowed to walk inside of it whatsoever. 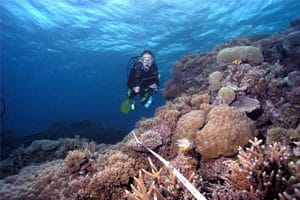 Our job was to survey the MPA area calculating the percent of live coral and dead coral and also some indicator species and then compare that to areas on both side of the MPA, which were not protected. With the girls previous work and the work I did along with my friend Jack (another intern) we showed that the MPA had anywhere from 10 to 20 times more corals, fish, and invertebrates. We put all of our information together and introduced it to the village in hopes to get the MPA extended bit by bit so that soon the MPA will be much larger and even the villagers could enjoy the amazing life under the water.

When I wasn’t doing MPA work I would spend a lot of time with my Fijian brother Cheetah, whom I lived with in the village. I never thought I could grow so close to someone in such a short amount of time. He taught me the Fijian way of life, introduced me to their customs, taught me how to climb 40-foot coconut trees, grow crops, and even build a burre (a Fijian house). 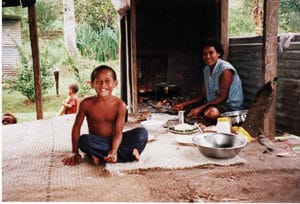 The first night I was in Fiji they had a Kava ceremony. Kava is a very sacred root that they grow, pull it out, and grind it up to make a drink. The ground up Kava root is mixed with water in a giant bowl and is then served to all that is around. It is custom to clap once before accepting the bowl, say bula, and then clap twice after you drink it. It is not the best taste in the world so many villagers have a little piece of candy to put in their mouth afterwards. The Kava makes your tongue and lips go numb for a little bit and if you have enough of it you can get drunk. Life in the village was completely different from that at home. Everyone is very nice and they will always greet you with a smile.

As I would walk from house to house they would all be yelling “Bula Eric”, which means hello and all the little kids would come running out to play. The village was not very big with only about 300 people living there and most of the running water came from a little stream nearby. The showers were very cold with no heat and not much pressure so on cold days you had to suck it up and hold your breath. But the weather wasn’t too bad at all. For the first three weeks I was there it had rained non-stop and when it rains the entire village stays inside because they don’t enjoy the rain too much. I found out that when it is summer in the states it is winter in Fiji and visa versa but the rainy season is their summer. After the rain had stopped the weather was absolutely amazing.

The biggest sport in Fiji by far is rugby. Every single day the villagers would set up games in the middle of the village and play for a couple hours. After I learned the rules I was playing right along with them. But for them this was only practice because the villagers had a league team, which was very good. I had the chance to watch them play and I thought they were good in the village, but they were even better when it came down to the real thing. Their game field was about 3 miles from the village and all the villagers would walk to watch them play. You get used to walking everywhere because even though transportation is cheap it gets expensive after a while. You could hitch a ride from practically anyone with a car but the main source of transportation was mini vans that would drive up and down all day long and you could pay them .50 cents to go 20 miles. Many things in Fiji were much cheaper which made it very nice to buy things.

I made so many friends in Fiji and I know I will have them for the rest of my life. I want to talk to them but I know I can’t because they don’t own phones and very few of them have a post box. But the one thing they said to me is, “Eric whenever you want to come back, you just come straight to the village because this is your home.” So now whenever I want to go to Fiji I have a place to live because not only have I made so many friends…I’ve become family.