England is a time-tested student favorite. Many of our placements are in London proper, within easy reach of Big Ben. Our most recent client worked for a digital marketing firm near the Tower of London. He helped on a Facebook ads campaign for an international client. Another student gave rave reviews to a Kurdish advocacy organization in the city. She conducted original research on Kurdish contributions to Great Britain. Newspaper work is a big draw. Past clients have interned at a major Daily. Students with a writing talent have hit the streets to cover political events, arts, and culture. Those on a marketing track have launched online campaigns to recruit local business sponsorship. One of our veterinary students headed to a small town in the northern country to assist at a clinic. She did animal prep, surgery recovery, emergency field calls and basic administration. Museums are likewise a big draw for interns. Our favorite is a maritime museum with a replica trade ship. Our student gave tours on the ship and conducted original research on the backgrounds of 18th-century sailors. Side excursions have taken students up to Glasgow for pub crawls and over to Stratford-upon-Avon and the birthplace of Shakespeare.

London The capital of the United Kingdom is a thriving multicultural metropolis. Steeped in iconic landmarks, world-class museums and royal parks, London is energetic, majestic, ambitious and one of the world’s greatest cities. London is a cultural and fashion capital, a great place to go out, an amazing place to eat and one of those cities that is constantly changing with new and exciting things sprouting up almost every day. History and tradition greet you at every turn in the UK’s capital. London is also a city with an edgy underbelly, delighting in neon pink dive bars, cheeky graffiti and mind-blowing street food. When you need a break from the action, pop into a pub or relax in one of the city’s many parks. Blow through the city on a double-decker bus, and take a pinch-me-I’m-in-London walk through the West End. As one of the most visited cities in the world, London is busy, vibrant and very tourist friendly. The only problem with London is that it’s very expensive; it can eat away at your budget if you aren’t careful. Luckily, there are also tons of free or cheap things to do in London that can fill your time.
London is home to some of the most famous and iconic attractions in the world. Buckingham Palace is the Queen’s official and main royal London home. It has been the official London residence of Britain’s monarchy since 1837. When the Queen is at home, you can see her royal flag flying from the flagpole on top of Buckingham Palace. Five regiments of Foot Guards guard the Palace. They wear red jackets and tall, furry hats called bearskins. A familiar sight at Buckingham Palace is the Changing of the Guard ceremony that takes place in the forecourt each morning.

Westminster Abbey is one of the oldest buildings in London and one of the most important religious centres in the country. The Palace of Westminster, known also as the Houses of Parliament, is where the two Houses of the Parliament of the United Kingdom, the House of Lords and the House of Commons, conduct their sittings. It is the place where laws governing British life are debated and passed. The Palace of Westminster contains the bell Big Ben, perhaps London’s most famous landmark.

St Paul’s Cathedral is located within the City of London on Ludgate Hill, the City’s highest point. The Cathedral seen today is the fourth reconstruction, built between 1675 and 1711 by Sir Christopher Wren. From the observation balcony you can look out over the modern skyline of the city of London. The dome of St Paul’s Cathedral is the second biggest dome in the world, after St Peter’s in Rome.

Stonehenge  Stonehenge, is one of the most popular sites in the world, is the most recognizable, and one of the top tourist attractions in England. Is a prehistoric monument found in Wiltshire, England. It consists of a circle of stones standing up right, with each standing stone around 13 feet high, seven feet wide and weighing around 25 tons. It is one of seven wonders if medieval world, also listed on UNESCO’s world heritage sites. With no records to explain the reason why it was created, Stonehenge is a mystery in archaeology. It was produced by a culture that left no written records so many aspects of Stonehenge remain subject to debate. Believed that it was built between the period from 3000 BC to 2000 BC. Archaeologists estimated that it took 1500 years to built Stonehenge. Stonehenge was also aligned with mid winter sunset and mid summer sunset. It is not known for certain what purpose Stonehenge served, but many scholars believe the monument was used as a ceremonial or religious center. Experts believe that the pits were used in religious ceremonies. Some feel it was a healing place while others believe it was a burial site. Some believe that it was a solar calendar while others feel that it was a sacred ritual area. Some even believe that aliens created it. Due to the long construction period, the reason for using the site may have differed with each stage of its construction.

England is famous for its history and the vast amount of landmarks that can be found everywhere in the country. It is also the dream destination for a lot of people for its beauty and grandeur. With a great history behind it, it has a rich heritage and culture. The English countryside is one of the most peaceful places in the country. The most famous historical sites include the old castles, Roman sites and the royal palaces. Each city in the country has its own charm. Curious to know what the country has to offer, reach out beyond England’s diverse mix of cool and cultured cities with beautiful national parks, castles, cathedrals, charming market towns, gorgeous villages and crystal-watered beaches. And let’s not forget this region of Britain during the summer, there’s a whole host of festivals to attend every weekend so mix with the locals, soak yourself with sweat and enjoy the party. Outside of London, this colourful coastal city of Brighton serves as a weekend escape from the Big Smoke. Hit up the stunning beach, the beautiful bars and the awesome pier to get a real taste of the British seaside. On a hot day, you’ll feel like dreaming you’re outside of England. 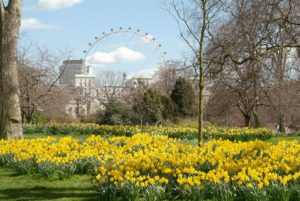 In The Lake District, tread in the footsteps of Wordsworth on some of England’s best hiking trails, and explore this daffodil garden and burial site in the gorgeous village of Grasmere. A few days roadtripping around the roads of this northern gem is guaranteed to uplift your spirit. No trip to England would be complete without a visit to some of it’s most charming historical towns. Durham, York, Oxford, Cambridge and Bath are some of the destinations that warrant a day of wandering. Visit the cathedrals and 700-year-old churches, stop for a spot of tea in a traditional English tearoom, or duck inside an old tudor fronted pub for a pint or two. Head southwest along the coast of Cornwall: England’s most beautiful peninsula. Filled with hundreds of sandy beaches and amazing villages, its a mecca for surfers, sunbathers, keen walkers and seafood lovers. Head to Newquay to taste a sunny side of England you’ve never seen before. So take an adventure tour to see the very best of England and prepare to be amazed by its stunning beauty. The British are a diverse, multicultural and multilingual society. The UK has changed radically since the 19th century, with a decline in religious observance, enlargement of the middle class and increased ethnic diversity. The population of the UK stands at around 66 million. The indigenous people of the British Isles have a combination of Celtic, Anglo, Saxon, Norse, and Norman ancestry. Between the 8th and 11th centuries, “three major cultural divisions” had emerged in Great Britain: the English, the Scots, and the Welsh.

London has one of the largest urban transport networks in the world, with integrated bus, river and road systems spanning the city’s 32 boroughs. London’s iconic double-decker buses are a quick, convenient and cheap way to travel around the city, with plenty of sightseeing opportunities along the way. The London Underground rail network, or “the Tube” is a great way to travel to and from central London and will be an integral part of most people’s stay in the UK capital. London’s innovative, driverless Docklands Light Railway (DLR) serves parts of East and South East London. Travelling by river is a great way to get around London. You’ll beat the traffic and enjoy fantastic views of London along the way. Use London’s Overground train network to travel across the city and beyond the Tube.

The cost of living in England varies dependent on where you are – the general rule is that the closer to London you are, the more expensive it will be. Because of the country’s healthy economy, job market, and culture, it is easy to see why England is a popular destination for expats. But it is important to ensure that you will have the sufficient finances to maintain your new lifestyle. On top of this, England has one of the most expensive rail services in the world, with many journeys costing as much as five times more than the rest of Europe. For this reason, having a car and driving licence is beneficial when living in England, rather than relying on public transport.
The official currency in England is the pound sterling, whose ISO 4217 code is GBP.

People from all countries apart from the ones under the European Union and European Economic Area need a visa to enter the country. There are different categories of visa, but if one is going for a tour, it is best to apply for the Standard Visitor Visa. Indians travelling to England need a Standard Visitor Visa from the UK government to enter the country. It is better to apply three months before you travel and generally the visa is finalized within three weeks. One can stay for up to 6 months in the country with the Standard Visitor Visa. To be eligible for this visa, applicants must be at least 16 years of age, have a clear understanding of the English language, and sufficient funds to support themselves and pay course fees.

England is remarkably a safe country. It is ranked 33th on the ranking of world’s safest countries. No wild animals, no wild extremes of nature such as tornadoes or hurricanes, no guns on the streets. Violent crime is low, and most tourists will never be bothered by safety concerns other that petty crime, like bag snatching and pickpocketing. Like most countries in the world, England has its fair share of pickpockets. It is a serious problem, most of them work in touristic/crowded areas, on public transport or where a crime can go unnoticed. Being the capital city, London is the most frequent place that thieves are active. Overall, the city is pretty safe, just watch out for these common scams across in and around the rest of the country. Be especially vigilant for bag and phone thieves at transport hubs like train stations, airports, restaurants, outdoor cafes, beaches and on public transport. You must protect your personal belongings at all times.

The English language, today spoken by hundreds of millions of people around the world, originated as the language of England, where it remains the principal tongue spoken by 98% of the population. It is an Indo-European language in the Anglo-Frisian branch of the Germanic family. After the Norman conquest, the Old English language was displaced and confined to the lower social classes as Norman French and Latin were used by the aristocracy. As well as English, England has two other indigenous languages, Cornish and Welsh. 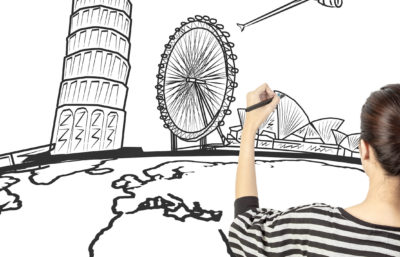