Rangitoto Island is a volcanic island about 25 minutes away from Auckland by ferry. It erupted from the sea almost 600 years ago, and it now acts as a hiker’s escape from the industrialism of the city.

While there are many different trails on Rangitoto, the most popular trail is the summit hike which is about two hours up and back and allows you to see a magnificent view of the city of Auckland on one side, and of the surrounding islands on the other. The summit trail is easy to moderate in strenuousness.

During the beginning of the hike, one can see lava rock that seems as if it has suddenly halted in its previously languid flow. It surrounds the trail and is a deep, dark black—maybe the darkest I have ever seen. As the hike continues higher up to the summit, lavish forest grows and that feeling of barren black that engulfed the trail is relieved by the greenery of the vines and trees that hug those that walk through it.

Rangitoto is one of the newest forms of land formation in the Hauraki Gulf, and its name translates from Maori into bloody sky. Its eruption about 600 years ago would have been seen by the Maori, and its subsequent creation into a land of arid rock formations and thick jungle have left it uninhabited, and instead a powerful mark in the surrounding sea.

Although the island was formed from such a violent event that evokes a sense of certitude, there is also an overwhelming sense of fragility to Rangitoto. The contrast to the very nature of the island—the dark black rocky land versus the lush green forest—provides a feeling of uncertainty. The suddenness of the eruption that created the island itself also calls upon a degree of impulsivity. Those feelings of fragility, uncertainty, impulsivity remind me of the impermanence of life, the idea that there is a cyclical nature to life, that it comes suddenly and ends quickly. But yet during that time, there is still beauty to be found and experienced.

In Karl Ove Knausgard’s My Struggle, a contemporary autobiographical series, the author claims that “the world produces [life] over and over again,” and death is “no more than a pipe that springs a leak.” Indeed, Rangitoto is a perfect example of this statement. Miraculously produced by a sudden, unexpected event, it provides beauty and magnificence to the Hurakai Gulf and those that visit it. And although its lifetime and the future of what may appear around it are unknown, the impermanence of its beauty and the world’s beauty makes it all the more powerful; often mortality makes existing that much more meaningful. 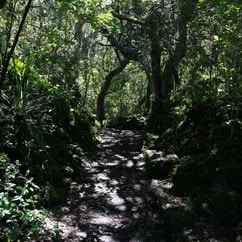 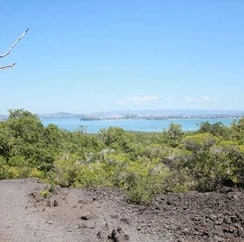