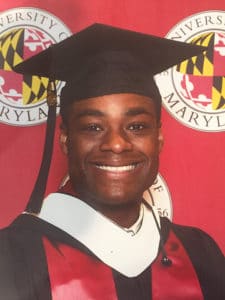 When Thierry requested IGS to find him an internship at a top human resources firm we knew a challenge lay ahead. HR is a tough field to crack. Furthermore, Thierry listed Los Angeles as his dream location.

HR in LA. Oh Boy. We had our work cut out for us. A recent graduate from the University of Maryland, Thierry was no eighteen-year-old looking for a summer gig. He was a twenty-two-year-old man ready to start an HR career. After days of research, our team narrowed down the possible companies. Despite Thierry’s impressive resume, the rejections came pouring in. Just as we feared, HR execs know how to find their own people. That’s why they are in HR! Arrghh.

“All we need is one!” was the battle cry in our internship war room.

We parsed our list down to five firms. Three had already sent rejections and two had yet to reply. We got on the phone and cold-called all five. No. no. no. no. . . . maybe! But this wasn’t just any maybe; the owner of this maybe had published books on HR and was well-known in Tinsel Town. We coached Thierry on how to write a letter geared specifically to her company. Sent. Days passed. Nothing. Then it came.

Cowabunga! Thierry passed with flying colors and was offered a three-month internship in their LA office.

Go Big or Go Home. Landing an internship was amazing, but Thierry wanted the California Dream. He hoped for a new life on the West Coast and a paid job. He packed his Chevrolet Impala with all his belongings and hired a company to trailer his car from Maryland to California. Now that is commitment.

We admired his confidence but told Thierry at the end most internships the boss gives you a letter of recommendation and sends you on your way. Shipping a car is quite a commitment. Undeterred, Thierry’s dreams rolled across the country on that transport trailer.

We found him housing in an upscale neighborhood with a friendly landlord who dabbled in metaphysics. It’s California. Crystals were the least of our worries compared to what else gets dabbled in out there. Thierry and Sandra hit it off right away and she helped him discover all the hotspots within easy reach of their apartment.

With a comfortable home base, Thierry hit the ground running at his internship. He updated us via email: “I am networking like crazy. I attend tradeshows with my boss regularly and business is booming!”

Weeks turned into months and Thierry’s internship neared an end. He had made new friends and learned the Valley lingo in his quest to become a Californian. All he needed now was a good paying job. He probed his newfound network, but no offers came in. He called agency after agency, but no one was hiring.

In despair, he stared at his car and wondered if he would have to return to Maryland and his parent’s house and start all over.

Thierry’s boss, Denise, called him into her office for an end of internship review. He had read her books, represented her at shows, and worked crazy hours to close her deals; their time neared an end. Denise thumbed at a document and smiled as she recalled their past three months together. Thierry hoped she held a letter of recommendation that he could to take back to Maryland. But there were more than just kind words on that paper. What came next was nothing short of California Dreamin’. “Thierry,” she said pushing the offer letter across the desk, “You have made yourself indispensable to our firm and the office can’t run without you. Here’s an offer to join us fulltime as a paid staff member. You can start next Monday.”

With sand between his toes, Thierry’s HR career began.