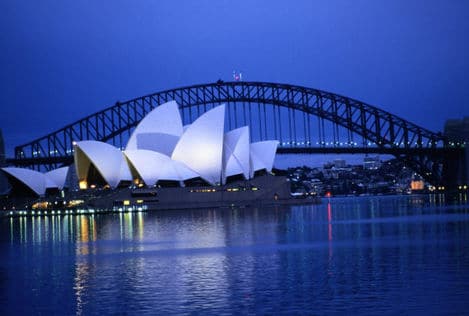 When I first arrived in Sydney, my impression of the famed Harbor Bridge was that it may be too touristy for me; but after doing some research, I discovered the pedestrian walkway along the eastern side of the bridge. This, in turned out, has incredible views of the harbor and the Opera House. I quickly reconsidered and determined to visit.

Feeling energetic after the large cappuccino I had at Chalmers Café (down the road from my apartment), I decided to walk to the bridge instead of taking the train. I had not walked the city as yet so I wanted the experience. I walked up Chalmers Street past the beautiful Prince Alfred Park where tons of people were jogging, sun bathing, and sitting together on benches. I continued north cutting through Belmore Park towards Pitt Street. I left the mainly residential and quiet area of Redfern, and entered the buzz of the city. World Square, a shopping mall equal to its name, was especially lively. I continued north on George Street and passed Town Hall, Saint Andrew’s Cathedral, and the famous Queen Victoria Building. I couldn’t believe how many of Sydney’s famous attractions I saw on my way to the Bridge.

Once there, I spotted the staircase on the eastern side and started climbing. At the top was the beginning of the footpath. To the left, a sea of cars crossed the bridge and to the right, indifferent to the madness, was the Pacific Ocean.

As I began my journey from The Rocks towards Milson’s Point and Kirribilli, I couldn’t contain my excitement. On the Bridge with me were other travelers from all over the world speaking different languages. Locals joined them on their morning run. As we moved together from the southern part of the bridge towards the north, the view opened up there before me was the Sydney Opera House. Soaked in sunlight, it was even more gorgeous than I had imagined. The bridge provided the perfect viewpoint with the blue water before it, tourists around it, and skyscrapers behind it. In a word: cool!

At the middle of the bridge a lookout offered a view down on the harbor. From left to right, you could see Bradfield Park, the amazing orange-roofed residential buildings of Kirribilli, Vaucluse in the distance, the Fort Denison Ferry Wharf, the Opera House, and the Sydney skyline. I stopped to take a couple pictures and continued north, watching as the Opera House got smaller as the town ahead grew.

At the end of the Bridge, I walked down the staircase and was in Kirribilli. My legs were starting to feel all the travel I had just done (hour walk to the bridge and the half hour walk across) and they needed a break. I “Yelp’d” and found Fitzroy’s Food Company on Fitzroy Street. It was quaint and well decorated, but most importantly, it had air conditioning. I took a seat in the back, was greeted by a very friendly waiter, and had the best salad I’ve ever eaten in my life (the lemon chicken salad, 100% recommend). As I ate and recharged, I looked back at the photos from the bridge and talked myself into walking it again instead of taking the train back. It was too beautiful not too! 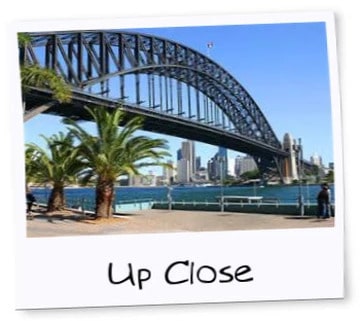 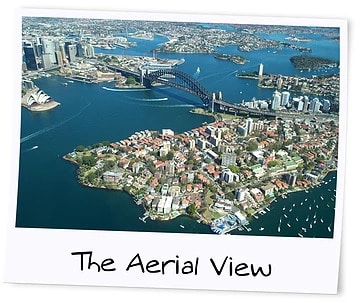