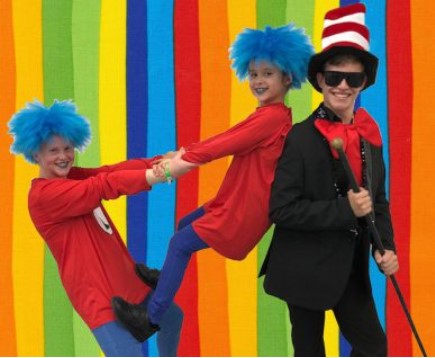 Over the course of your life, whether you’re an older sibling, a parent, or a babysitter, you’ve probably been forced to sit through a few hours of mindless, unimaginative children’s entertainment. You’ve likely spent what feels like an eternity in a state of mind numbing boredom as your children or siblings are delighted by a talking animal or an inanimate object. You are not alone and your situation is not without a solution. A solution with whiskers and a red and white top hat.

Yes, your prayers have been answered. Suessical Jr., a play based on the stories of beloved children’s author Dr. Seuss, is coming to the Lane Cove Theatre Company. Directed by Trent Gardiner, the play promises to have something to offer for both children and adults.

“While the show is aimed primarily at a children’s audience I think there are so many levels to it that would appeal to people of all ages. The values explored, the varied music and the wonderful characters appeal to small and big kids alike!” said Gardiner.

Touching on a wide variety of themes, Gardiner believes that Seussical Jr. will not only entertain both children and adults, it’ll make them think too.

“From the opening number, through all of JoJo’s adventures, to the final moments of the show, this musical encourages everyone to use imaginations and be willing to think new and big things… [the] story reminds us that every person is important.”

Seussical Jr. will tug at your heartstrings and challenge your mind. This is not your average children’s play.