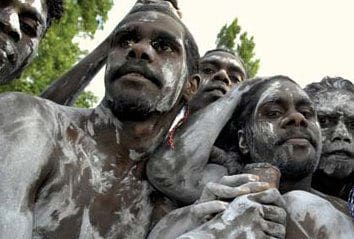 On my second weekend in Sydney I met my friend Christie for brunch on the north side of Sydney Harbour in a neighborhood called, “Kirribilli”, a name that I found a little unusual but similar to other stops I had passed on the train like Wahroonga and Warrawee. Later, I learned Kirribilli actually originated from the aboriginal word Kiarabilli meaning “good fishing spot”. As we ate in the secluded, dock-side brunch spot the view of various neighborhoods and metropolitan Sydney expanded in front of us. The water had the blue color unique to Sydney, combining a tropical vibe with a very northern nautical cultural as large, fast sailboats chopped through the water. My roommates and I had already remarked after just a few days in Sydney about the range of architecture and culture the city seemed to capture. The definition of a melting pot: home to a large Asian population, European, and some Americans. The food, the buildings, the languages are all a mix.

As our scenic breakfast came to an end, I asked my friend Christie, also an American, where the native people were. I knew Britain had colonized but with American history engraved in my brain I just assumed that there were people here before, however, I had not seen or heard of any. Christie told me something that both horrified and fascinated me. There were indigenous people here before colonization, but Australia came closest to a population extinction that we ever have in our world’s history.

The next two weeks I kept this absurd part of Australian history tucked in the back of my mind as I explored what really is a melting pot of cultures. It wasn’t until our intern group went to Manly Beach for the first time that my interest really peaked.

In Manly we explored the basic tourist attractions of “the village”, walking along the popular beach and by the surf shops. We all remarked that we finally felt like were in the real Australia, that this blonde-beach vibe was what we pictured when we looked forward to our time in Sydney. Underneath this surfer and beach haven though is a history much deeper than most tourists like us ever realize.

A quick google search and basic research showed me that Manly as we know it, and with it’s current name, is very recent and only a tiny part of the expansive history of this area. The land we know as Australia was home to the Aborigines for almost 50,000 years before British settlement arrived. Just to think about how cemented this idea of “Manly” is in our brains after its existence for 250 years, imagine how the aboriginals felt about land that had been theirs for 200 times that long. Wow.

It’s believed that the aboriginals were some of the first humans to migrate from Africa 72,000 years ago. They lived as hunter gatherers and centered their culture around what is known as “Dream Time”, a spiritual beliefs culture and system. When the British colonists arrived there was around 320,000-700,000 aborigines with 250 different tribal groups. By the twentieth century there was said to be only 74,000 left. *SOURCE is Wikipedia* These numbers are dramatic and horrific and explain the little remnants of aboriginal culture left in modern Australia. The drastic loss of these people and their culture is what has inspired me to learn some of the real history of Manly.