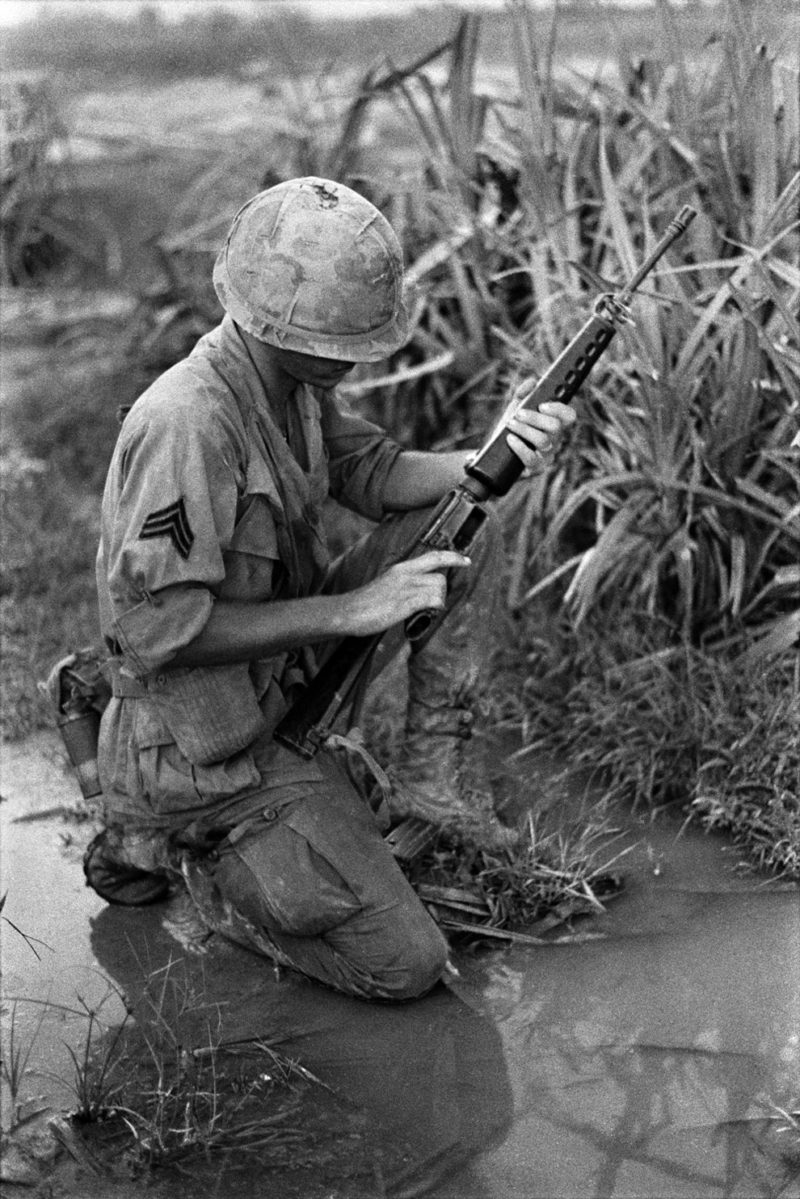 My last border crossing into a communist country was ten years ago: a horseshoe up through Norway and down into the iron belly of the Russian rust belt. Entering Vietnam airspace, I felt the same angst/excitement that I knew on that midnight crossing into the Red World. Our approach mirrored the same flight path used by B52 bombers to obliterate the city that would soon be my host.

I pressed my forehead against the warmth of the plane window and wondered what exactly I was getting myself into.

As the plane banked right, an endless horizon of verdant rice fields came into view. Standing patches of water reflected a pallid sun. I was reminded of communist propaganda that promised a return to “forests surrounding rice fields and rice fields surrounding villages” as the ideal nation-state.

I knew so little about the real Vietnam. I hoped to walk in their thongs and get their perspectives on the West. That said this was not a well-researched endeavor. With the high season kicking in for the intern-abroad company I run, my mind was on planning other people’s journeys; not on my own. I booked a flight and secured a visa in twenty-two minutes; just three short days from departure. I by-passed the traditional and more expensive route of sending my passport to a U.S. agency and opted to apply online with a Vietnam-based company.

Within eight hours of payment, I received an email with a letter of introduction written in Vietnamese and instructions to present it to customs upon arrival. It could just as easily have been excerpts from a Hanoi sports page for all I knew. I searched the blogs for the consequences of flying in on a one-way ticket (a no-no for most communist countries) and discovered the main obstacle would be at the check-in counter of the outbound airline rather than at the Hanoi airport. I took my chances and talked my way onto the plane.

The Streets of Hanoi

Sharing a cab with a San Francisco-based aeronautical recruiter I asked the most pressing of questions. “Helen, so just how do they receive Americans in this part of the world?”

“Seventy percent of this country is under thirty-five years old,” she said, not giving it a second thought. “They don’t think much about the war. This city is about life, not death. It’s about being a member of the World Trade Organization. Making money runs the show.”

Like bats returning to the cave, controlled mayhem ruled the narrow streets. Horns seemed to be built into the brake pedals given endless conversations that began and ended with honk. Just as Eskimos have thirty names for snow, the Vietnamese have an inordinate number of ways to use a horn. Having spent the better part of my life avoiding tail pipes, it is with some reluctance to concede a note of elegance to the movement of Hanoi traffic. Unlike the racetrack mentality of nearby Thailand, motorbikes moved in waves: like a giant communist flag flapping in the wind. Every free space was filled and pedestrians were circumvented mid-stream by an endless school of mackerel on wheels.

What’s a Dollar Worth?

The Army Hotel in the Old District was my intended hold up. However, the plasma TV clashed mightily with mildewed carpet and dated décor, so I headed to the Hoen Kiem District. Amidst a bustling lakeside community home to a number of ex-pats I found a good fit in the Indochina II hotel. Thirty-three dollars secured a room with Pergo floors, a flat screen TV, and a shower littered with white rocks that would make a turtle, if not an American, feel at home.

Changing dollars to dong, a $50 bill transformed me into millionaire. Heading out with my newfound riches, hotel staff warned without the least hint of irony not to flash too much dong in public. It’s a conservative culture after all. If Ho Chi Minh City (Saigon) is Vietnam’s version of a city that never sleeps, Hanoi prefers to kick off her heels around 10 pm. Night owls gather around the lakes to share communal meals over a bucket of embers. It took a few bottles of Bia Hoi for a local to call out to me; otherwise I walked the streets as something of a ghost.

The Essence of Communism

The next morning, I discovered the essence of communism the hard way when trying to track down a Swiss army knife, flash drive, and a pair of size-12 thongs. A task accomplished by quick stop at the nearest market in the states, turned into an all-morning affair in Hanoi. With a government that keeps franchises to a minimum, the result is ownership, ownership, ownership.

The next time you walk through Walmart imagine 80% of the employees — the ones working at the poverty line and forced to wear smiley faced pins–all owning their own small businesses. That’s Hanoi.

Nearing the end of my twenty-four hour window of first impressions, I headed to the Museum of Military History. Calling it the Vietnam War in Vietnam is like referring to Siamese twins in Thailand: doesn’t ring a bell. In Hanoi it is called the “War against the Americans!” with the exclamation point capturing the tone of the museum. Cross Abraham Lincoln with Genghis Khan and you have the museum’s portrayal of Ho Chi Minh: a country boy done good reuniting the North and the South. While I have experienced culture shock in a myriad of different ways in my travels, this was the first time that I experienced history shock. To have everything you were taught inverted and seen through the eyes of the “enemy” is humbling, if not enlightening. The caricature of a muscle-bound GI leading a gaggle of smaller, neck-tied Vietnamese prisoners in tow spoke to who they considered the real aggressor in this conflict.

I left the museum at the twenty-four hour mark of my journey. First impressions may or may not last a lifetime. That buzz of traffic may turn out to be more like a kicked hornets’ nest than a Dali painting soon enough; and those moderate December temperatures are sure to give way to way to hell on earth come June. For now I am at peace with my decision to add Vietnam to my life list.