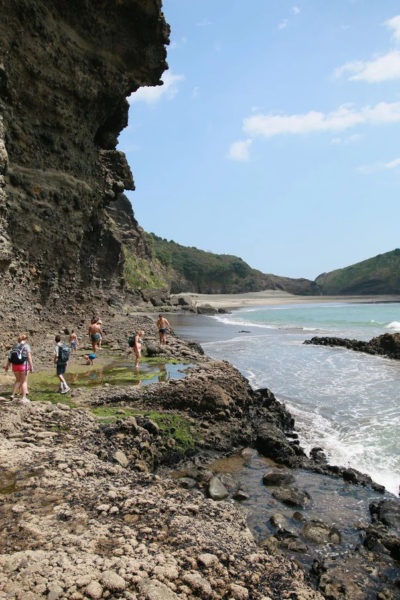 An adventure that five of the guys in our group took was to an Airbnb chalet near Piha Beach on the western coastline. Dave helped us find a few different options and we chose a place that overlooked the beach and was only about $100 NZD a night. We stayed two nights and turned the place into our own little fraternity house. Since it was cramped inside, we spent most of our time throwing the football and hanging out on the beach. We were only a twenty-minute walk from the ocean, but nice and secluded from the rest of the world.

This was a great get away from the big city life. In Auckland, we were located only a few hundred yards from the biggest shopping district in New Zealand, so it was nice to be surrounded by trees again. We were also far enough away from the city that we could really see the stars at night. If you decide to rent an Airbnb house, I would highly recommend doing it outside of the city. The place we rented did not have immediate neighbors, so we could play music and make a ruckus deep into the night. We probably could have done this anyway, as our only neighbors on the street seemed to have their own parties. I would also recommend checking to see if there is a fireplace or a fire pit at the house and stocking up on some firewood from a gas station. Saturday night we had a midnight bonfire which featured a few game of cards and a rap battle, and it was a great way to end a dude’s weekend.

Before we embarked on this trip, we stocked up on food and drinks for the weekend. We had a BBQ Friday night where we made burgers and chicken. On Saturday, we had a big pancake breakfast, made sandwiches for lunch, and Spaghetti for dinner. We ate like champions. The entire weekend cost us about one fifty dollars each. That price included food, drinks, the house, and transport for everybody. It was a great way to bond, and a great way to spend our final weekend in New Zealand.