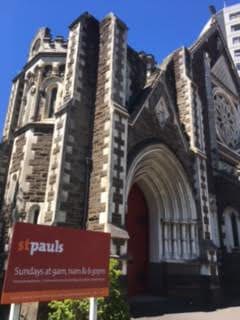 St. Paul’s church is located near the University of Auckland on Symonds St. The original structure of the church was laid in stone by Governor William Hobson in 1841. It is the oldest church within the city of Auckland and still operates today. In the 1860s during the midst of the New Zealand Wars the church served as a shelter for women and families due to its original location in the midst of the cities. The church changed buildings 2 times due to the growing size of the city of Auckland and the need for a bigger church. A wooden church was built on Short Street and Eden Crescent which was designed by William Skinner. It’s present location was dedicated in 1891. Since the church was built during the Long Depression, the Anglican Church was running on limited funds and could not build a tower or steeple like that in the original design. The church is Anglican Christian which was the original religion of British royalty and practiced by the most wealthy members of early Auckland. St. Pauls still has artifacts from the original building in the church such as the first reverend, George Selwyn’s throne. In the 1950s the church when Father Kenneth Prebble was appointed. Upon being appointed, he evolved the church, furthering community outreach and modernizing the music. It remains one of the oldest and largest Anglican churches in Oceania.

The church was made from stone and had an almost gothic-style architecture. I thought it was very intricate and beautiful. It was a dark stone with lighter edges and archways that had checkered patterns on them. Around the back of the church was a beautiful stained glass window as well as a small garden that belongs to the church. The church was not opem so we did not have a chance to go inside. 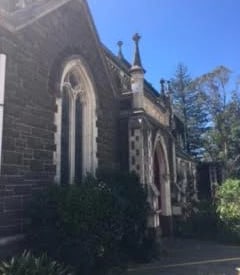 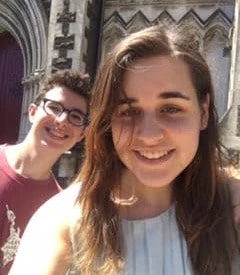